With this interview, I start a series of portraits of directors, costume designers and set designers who contribute to the success of the most acclaimed productions in opera houses all over the world. In collaboration with “PressRoom”, we interviewed the costume designer Alessandro Lai. 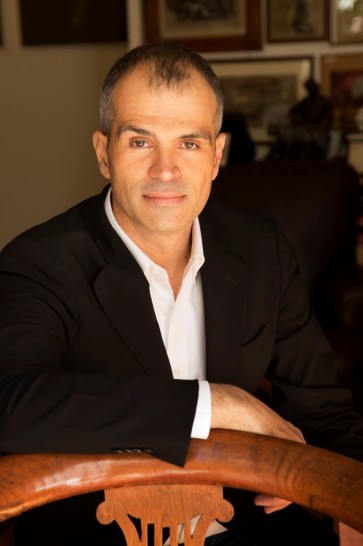 After his classical study, Alessandro Lai worked as assistant in the historical Sartoria Tirelli in Rome. In 2003 Lai received the “Nastro d’Argento” award for the film Black Angel by Tinto Brass while in 2010 he was nominated for the prestigious “David di Donatello” with the costumes of the film Mine Vaganti directed by Ferzan Özpetek. In 2016 he created the costumes for the series I Medici produced by Rai TV.
For melodrama, Lai drew costumes for numerous works directed by Andrea De Rosa (Il matrimonio inaspettato, Simon Boccanegra, Luisa Miller), Ferzan Özpetek (La Traviata) and Chiara Muti (Orpheus and Eurydice, Dido and Aeneas, Manon Lescaut).

“I attended the Liceo Classico in Cagliari and got my degree in Letters. For my final dissertation on Art History I focused on the costume designer Piero Tosi and his collaboration with Luchino Visconti.”

What would you do if you weren’t a costume designer?

“I’ve never imagined doing anything else but this. Being a costume designer has always been (and still is!) my greatest passion. Whenever I start working on a new project, on a new production, I realise it’s still exciting, just like it used to be at the beginning of my career.”

What are your sources of inspiration? What is the process for creating a character?

“The planning phase of a new project has always been my favourite! Studying and researching is incredibly challenging and engaging. It’s the moment in which ideas pop up and characters start becoming almost real. Historical and artistic sources are usually the point I start from.

It’s like a game of Chinese boxes: you start from a famous painter, you research his works – from the most popular to the most obscure; thanks to the power of Internet, you open box after box, so as to gather more and more information and details: I’ll use them to trace a path. Authentic period costumes are very useful, too: I study their structures, their shapes. After this, I usually start selecting fabrics – a key moment!”

Is there a favourite among the costumes you have designed? And a “tough nut” which has turned out to be a success?

“There’s not really. I’ve put lots of effort and care into all the costumes I’ve created. They’re all my favourites, even if I know it’s always difficult to turn my ideas into reality. If I had to choose one, though, it would be the black dress I designed for Violetta in Ferzan Özpetek’s La Traviata. It was made by Sartoria Tirelli.”

Let’s talk about your connection to music, to opera in particular.

“What can I say? Music is intoxicating, especially when I work with great orchestra directors like Riccardo Muti.”

What is your relation with the opera primadonnas you work with?

“I love opera singers, and I love cinema, theatre and tv actresses.

If I didn’t love them, how could I still be passionate about my job? I’ve always wanted all the artists I work with – even those who are insecure or complicated – to be happy with how they look, their beauty enhanced. I’ve never had difficulties with any of them. I know what they need and I sometimes can anticipate some of their requests with unexpected – but reassuring – solutions. If I weren’t this sensitive and helpful, things would be way harder. I like when you can tell from their eyes they’re happy with their looks, when they’re surprised to see how beautiful they are. This is one of the best moments ever.”

You often design costumes for film productions: what’s the difference between cinema and opera?

“Opera and cinema are wonderful worlds, though very different. I like creating connections between them: cross references can be found in my costumes all the time. When I design opera costumes it’s like I’m designing costumes for cinema: the attention to detail is the same. Obviously on a larger scale, because opera costumes must be seen and appreciated even from afar.”

Favourite designers from the present…

“I’ve always felt a strong connection to Giorgio Armani. It’s weird: since I was very young, I have been fascinated by his style for the suggestions and atmospheres in his collections – they can make you travel without moving. Just think I’ve been able to work with him several times on the most important films of my career. I owe him a lot.” 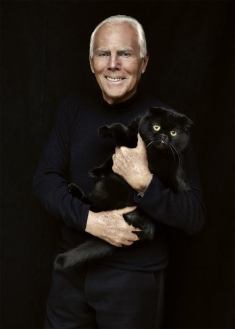 “Verdi’s Falstaff (with Andrea De Rosa as director and Valery Gergiev as conductor) will open the White Nights Festival in Saint Petersburg at the end of May. Then Verdi’s Attila, directed by Andrea De Rosa at the Teatro Regio in Parma. Finally, the opening of the 2018/2019 opera season of Teatro San Carlo in Naples with Mozart’s Così fan tutte, with Chiara Muti as director and Riccardo Muti as conductor.”