“A summer without Anna Netrebko is unthinkable” is the tone of some articles that have appeared in several Salzburg newspapers who are following the opera superstar in the Austrian city. Every year the diva reserve a new, special role to her audience at Salzburger Festspiele and every year she is present at gala dinners or parties with carefully studied outfits that do not go unnoticed. 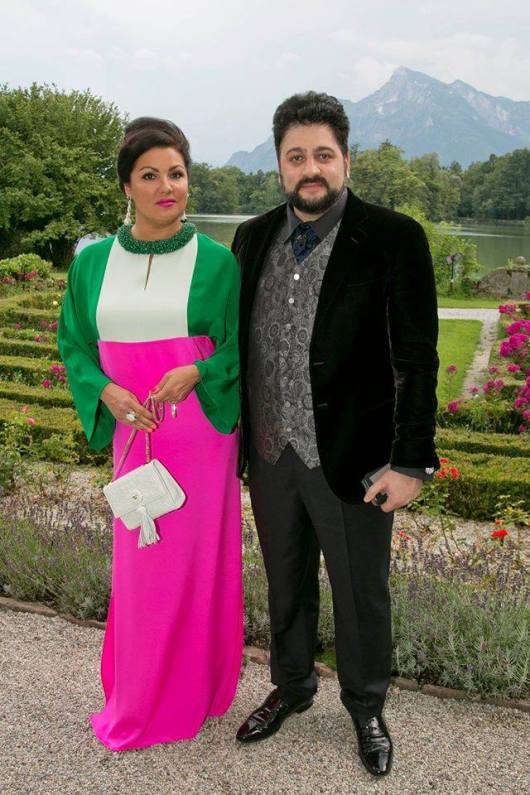 Following the production’s premiere in the 2014 season, Anna Netrebko returned to the Salzburg Festival’s “Il Trovatore” in 2015. After the opening night the primadonna wore a stylish and classy blu peacok evening gown by Irina Vitjaz: with feathers on the off-the-shoulder neckline. Jewels from Chopard and Horsebit platform peep-toe pumps by Gucci. 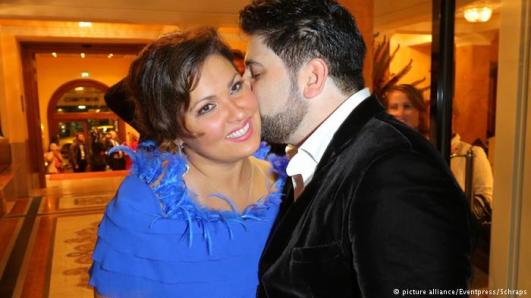 In the same year, at 40 years stage-anniversary of Placido Domingo during Salzburger Festspiele, Anna Netrebko appeared with a long dress adorned with beautiful flora embroidery on black soft tulle from Temperley London. 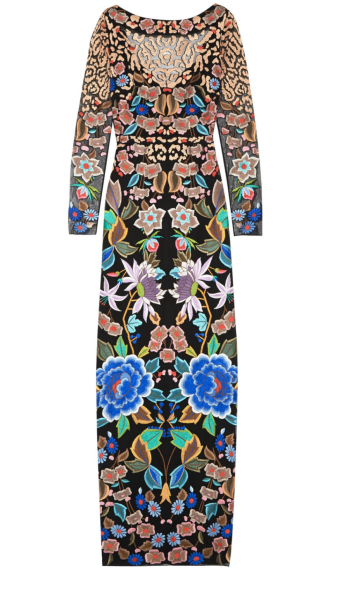 At ISA Gala 2014, the operastar wore a stunning Elie Saab gown crafted from alternating panels of honeycomb-mesh and satin-brushed. The fabric was placed so as to highlight the narrow waist and a slipped skirt formed by panels. Few accessories: long earrings with multicolored pearls, a large oval ring and a large bracelet, all Chopard. 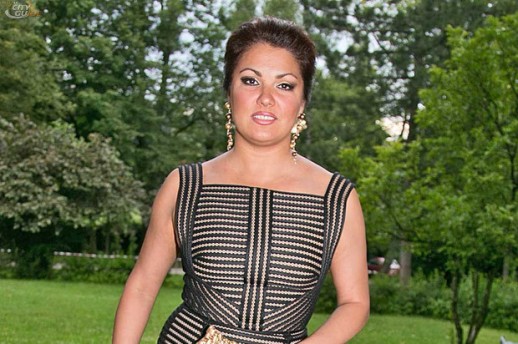 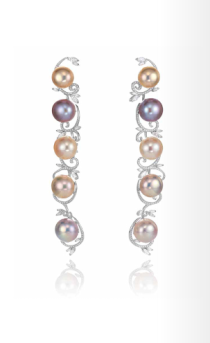 This year the operastar has surprised once again! At Gala Dinner after a very acclaimed Verdi’s Aida, Anna wore a fantastic custom made evening dress with fringes and embroidery on tulle from Yanina Couture. She chose Dyonisus clutch bag in black from Gucci and a fantastic necklace and earrings with Australian pearls and diamonds from Chopard. 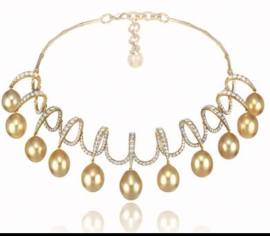