The Echo Klassik is the most important German music award in the classical field. The coveted trophy, which gives the Federation of the Phonographic Industry every year for new CDs, were awarded in 22 categories to 57 winners.

On 9 October, the Echo Klassik 2016 was awarded at the Konzerthaus Berlin. Also this year, meets the award the international classical music elite, including international stars such as Olga Peretyatko, who took the prize as Solo Recording with her album “Rossini!”.

For the red carpet, the Russian soprano wore a long dress by  Talbot Runhof. This garment is made of verdigris satin duchesse that has been embroidered with literally millions of sequins. When you wear this dress the combination of the fabric and the beautiful cape attached to this style results in a smashing appearance! 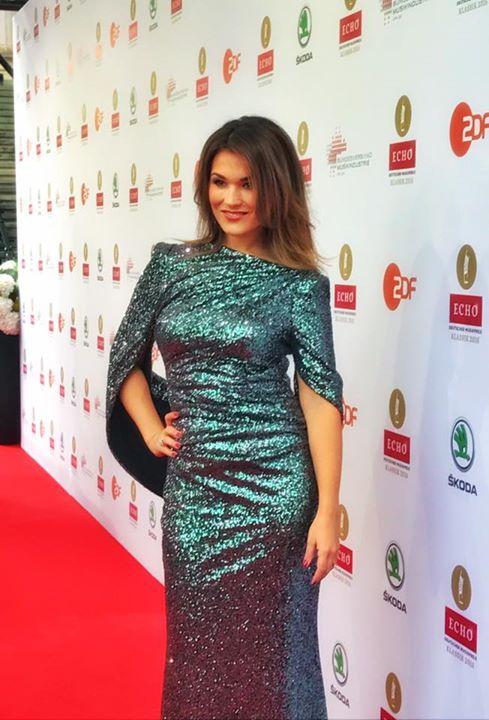 During the performance the dress was from Halston Heritage: sleeveless satin gown with an ombre tiered skirt. So charming! 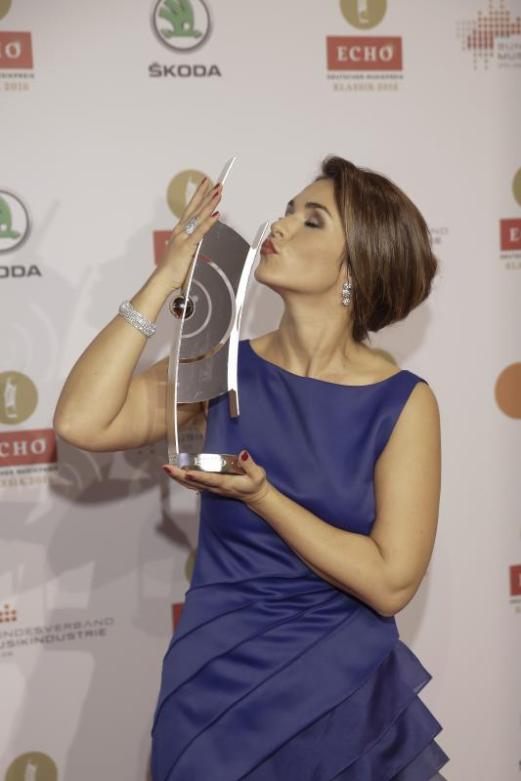