The 2014-2015 season of the Metropolitan Opera House started on September 22nd with a new production of “Marriage of Figaro”, directed by James Levine. As usual, the attendees included many celebrities – actors, tv hosts, businessmen and fashion designers such as Vera Wang, Domenico Dolce,  Zac Posen and Austin Scarlett.

In attendance the three Met queens, too: Renee Fleming, Deborah Voigt and Anna Netrebko.  The American soprano Reneè Fleming wore a halterneck column dress made of sapphire blue satin, doubled with black chiffon and embellished by sequins. She completed the outfit with a sapphire blue/copper satin stole.

Working behind the scenes to interview the protagonists of the events and the artists of the upcoming productions, Deborah Voigt chose a lightweight dress designed by Marc Bouwer: made of Pompeian red velvet with long sleeves, deep V-neck and long skirt with deep blue panels. Next to her in the photo, Amanda Majeski who made her Met debut as Countess Almaviva in this production. The young artist wore a gold metallic brocade gown by Theia Couture.

Anna Netrebko, who attended the event with her boyfriend Eyvazov Yusif, was dressed to impress. The future Lady Macbeth in a Met production wore a charming number by the Russian designer Yulia Yanina – an A-line dress featuring layers of black tulle with white leaf embroideries. 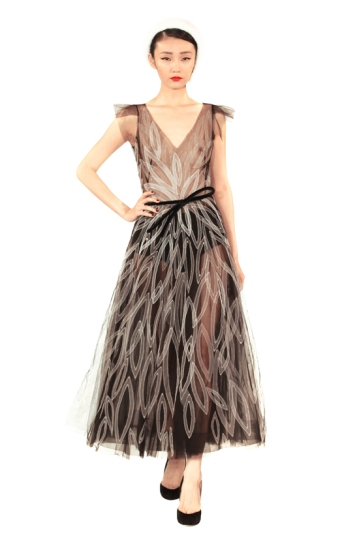 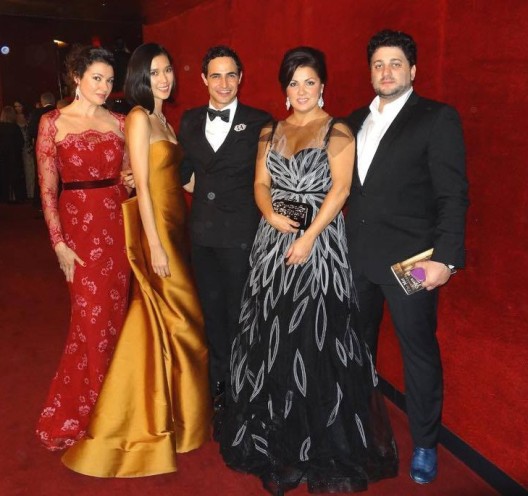 Anna Netrebko, her fiancè and her sister Natalia with Zac Posen and model Tao Okamoto

Spotlight on young opera stars like Isabel Leonard, one of the protagonists of the “Wedding” as Cherubino. The mezzo-soprano attended the after-show party wearing a halterneck dress by Catherine Malandrino, made of blue silk crepe dress with plunging neckline, draped details and dramatic front ruffle. Very feminine! 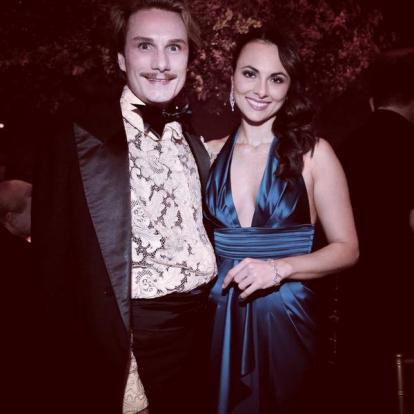 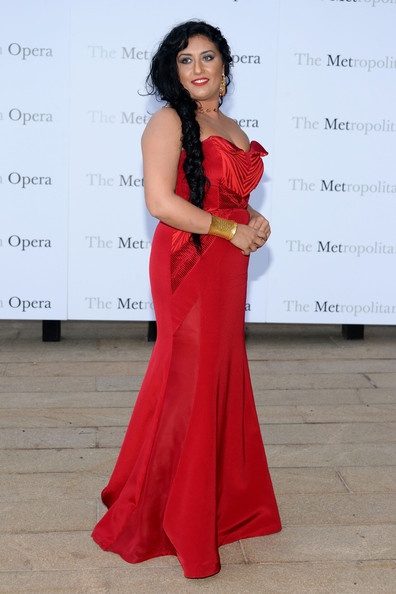